Dr Steve Moore, the Chief Scientist at C60inoliveoil.com interviews Debbie who has been suffering from psoriasis since she was a teenager.

We hear from Debbie first hand, about how psoriasis has affected her and how taking C60 has changed her life and her outlook on the future.

"I would go on Good Morning TV and tell then about it......I tell everyone about it because I'm just amazed"

Debbie has suffered from psoriasis since she was 16-years-old. She says no-one in her family had psoriasis. Not knowing what it was and what to do, she felt ashamed of her condition and in desperation even shaved it off with a razor.

After a couple of years she finally plucked up courage to see her doctor who told her it was psoriasis. She says her condition started on her knees but then spread to the backs of her hands, elbows and scalp. She says she used various creams and shampoo prescribed by the doctor but did not find them pleasant to use as they smelt of tar.

She says she felt embarrassed about her rash and the treatments and it stopped her socialising. She says she would cover herself up and even now does not wear a skirt.

She says that in the last couple of years before starting C60 her skin had been very itchy and she was constantly wanting to scratch herself.

She says that many of the treatments for psoriasis are steroid based creams which have side effects when used longer term.

She says she started off with a high dose of C60 in olive oil, 30ml per day and then slowly reduced the dose to 5ml but did not find that enough and had settled on 15ml a day.

She says she noticed positive effects from taking C60 within 3 days of starting it. She says the improvements continued but discovered she has needed to continue taking C60 as her psoriasis started to return after she stopped. But she is happy to continue taking it as its a small price to pay to be free of psoriasis. 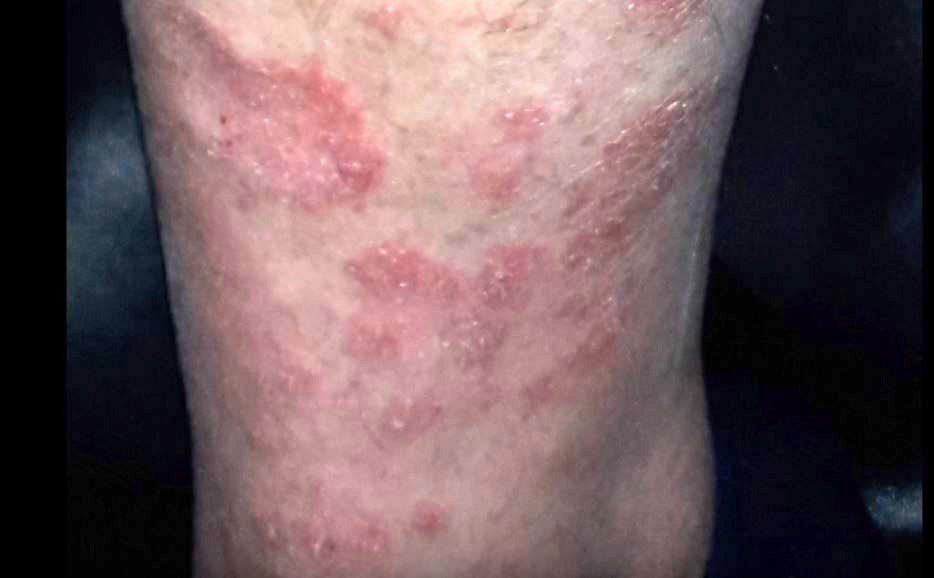 She has tried olive, avocado and hemp oil versions of C60. She says she has found hemp oil to be the best for her and that she has been able to reduce her dose to 5ml a day and even go onto alternative day doses with C60 in hemp oil.

Debbie has taken various varieties of C60 in oil and one of the great things she finds is no-one knows you are on any treatment whereas with the creams they smell of tar or they have side effects.

Since starting C60 her psoriasis has improved a lot and she feels more confident about herself.

"I used to be really self-conscious about my hands, particularly my knuckles as they were covered in white, thickened, dry skin. That's all gone now. I'm so pleased, it's boosted my self-confidence no end."

As well as her skin rash having resolved she has noticed her hair is soft and her fingernails are stronger. The comments on stronger fingernails is remarked upon by others who take C60.

So after 30 years of having psoriasis and having tried everything she has found great benefit from C60 in oil.