"I wish I had discovered it when I was an athlete"

Vanessa is an accomplished artist who, since retiring from the International Triathlete circuit, devotes herself to her painting.

Ness, can you tell me a little about yourself?

I'm Vanessa (Ness) Raw. I live and work in London as an artist as well as currently studying functional medicine. Until 3 years ago I had been a professional triathlete for 11 years, competing all over the world. First in Olympic distance on the GB squad, then in the 70.3 and Ironman events. 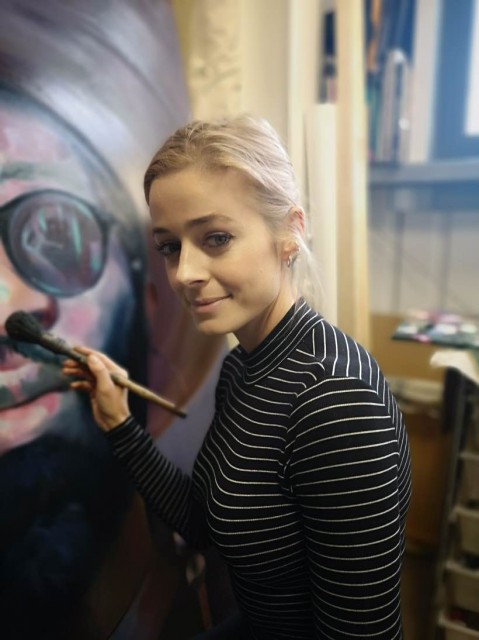 Vanessa working in her London studio

I'm intrigued, what's functional medicine and why are you interested in it?

After battling with so many health issues throughout my sporting career, towards the end I met Dr Tamsin Lewis. She advised me to start looking at functional medicine. Not only did I get help from professionals in that field (including Tam) but I knew the only way to get better was to take full responsibility for my own health and become a detective in finding the answer. Basically, functional medicine aims to tackle the underlying cause of a problem rather than just treating the symptoms with pills.

Elite triathlete on the world circuit

What was it like training and completing as an elite athlete?

We would train around 30 hours a week, split between swim, bike, run and weights. It was intense but I loved it. Unfortunately my health deteriorated quite quickly (within 2 years), I stupidly didn't ask for help as I should have but kept pushing on, thinking someone would stop me but no-one did. After 11 years of illness and injuries, enough was enough. I guess I'm happy to have achieved what I did manage to do in that time.

Over the 5 years between 2006 to 2010, Vanessa took part in 26 International Triathlon Union competitions, achieved 8 top ten positions and won 3 medals.

Looking at your stats would you say you were at your best in the summer of 2009?

No not really, results on paper can be deceptive. My best performances were in the second year of competing. I did get to a high level of fitness towards the end of my career going into Ironman but sadly after a very bad bike crash, knocking out my front teeth and sustaining a bad concussion, I missed out in qualifying for the Ironman World Championship. I think this is where my strengths would have been, but by that time my body and head were a bit too battered!

It's amazing to visit so many different countries for your job, training and racing with the best in the world.

So did you get to go to the Olympics?

Sadly no, there were a few opportunities for the 2008 and as a domestique in 2012, but before both I experienced bad injuries. I'm also one of those people who doesn't have much self confidence, so if I'm not positive that I'm the best person for the job i would prefer someone else take the spot.

I read that you retired because of a pelvic injury, do you still suffer from it?

I retired because of multiple of things, mainly the pelvic injury, because it was so long-standing. I crashed and it caused it to twist, I carried the injury for 7 years before I retired. It meant that I couldn't sit on the saddle straight or push the pedals properly. I also had long-standing problems with my ankles since I was young, that meant that I didn't have full dorsiflexion. They would be even tighter running after getting of the bike and I would bruise the balls of my feet trying to run. I've recently had both ankles reconstructed. Then a doctor friend suggested I would never get well unless I stopped. I have Hashimoto's disease and struggled with adrenal insufficiency, as well as numerous gut problems and depression throughout my career. Not to mention the chronic insomnia!

Ankle dorsiflexion is where you bend your ankle upwards, bringing your toes up toward your shin.

A lack of full dorsiflexion restricted your range of movement and reduces your ability to run, swim and cycle. 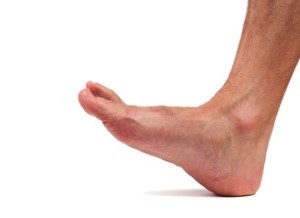 Hashimoto's disease, also know as chronic lymphocytic thyroiditis and Hashimoto's thyroiditis is an autoimmune disorder that can cause reduced and over active thyroid function. 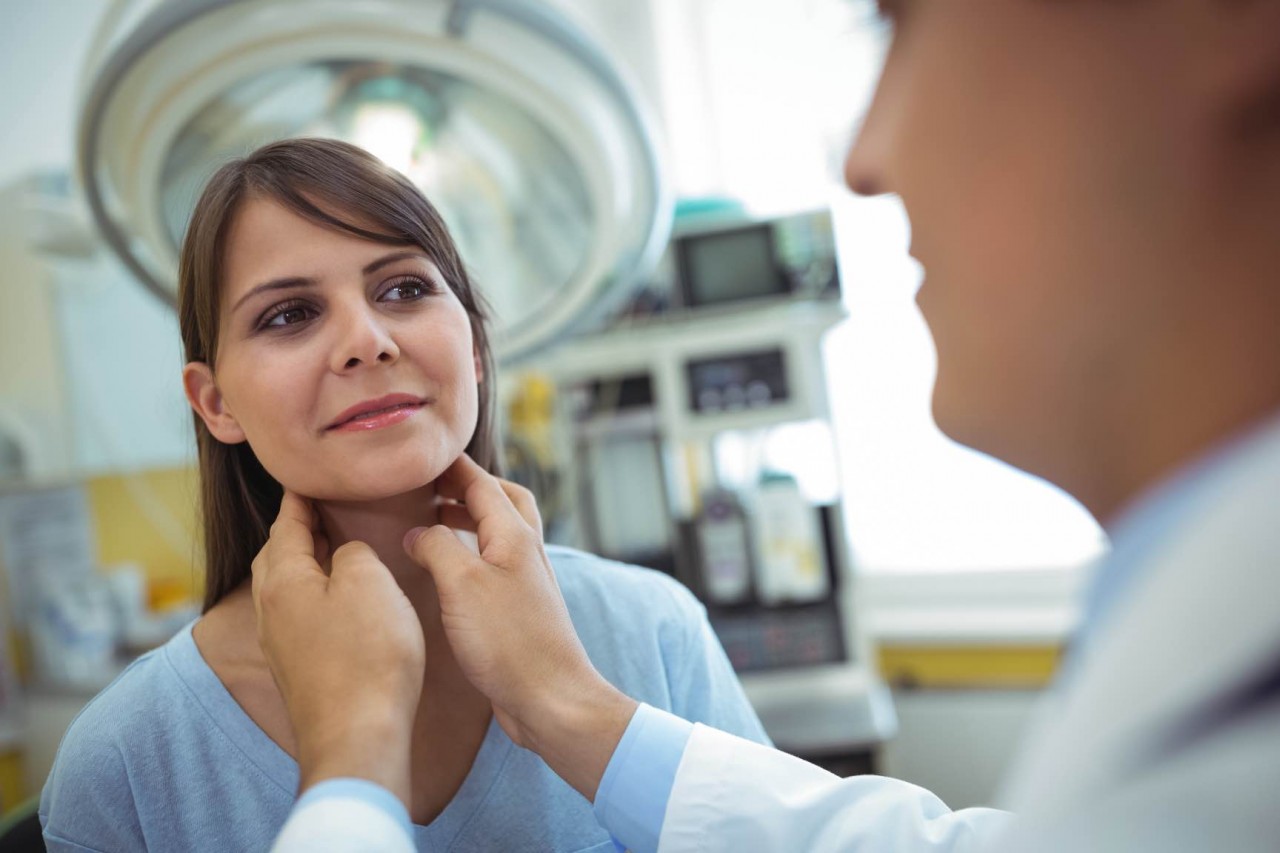 So how did you hear about C60?

I was studying functional medicine and working on setting up a health company called Protocol8, when we came across C60. I was intrigued. As someone who had just received results of massively high C-reactive protein, I knew the dangers of this on an ageing front.

C-reactive protein (CRP) is part of the inflammatory response of the body and so is a marker of inflammation. The normal level is <10mg/l in the blood but becomes raised by such things as infection, injury and chronic disease.

It is not specific to any particular condition but it does tell the doctor there is some sort of immune and inflammatory condition going on in the body. 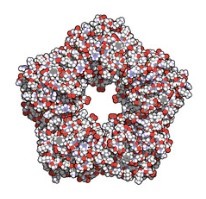 Protocol8 is a site focussed on intermittent fasting, do you see a connection between fasting and C60?

That's right, I set up Protocol8 with a friend to provide information and support on how anyone can reduce the inflammation building up in their body by fasting for 16 hours a day. I read about C60 and how it was the most powerful antioxidant in the world. It seemed to fit really well with what I was trying to do myself with reducing inflammation and oxidative stress. When you start on the journey of intermittent fasting any help is great and C60 was a huge help. As you take C60 dissolved in oil, it means that it doesn't push you out of ketosis during your fast. Also if you take C60 in coconut oil or MCT the shorter chain fatty acids; caproic acid (C6), caprylic acid (C8), capric acid (C10) can be turned directly into ketone bodies, by the mitochondria in your liver, giving you a much needed energy boost when you are just starting out.

"Yes, C60 in the most powerful antioxidant known, 172 times more potent an antioxidant than Vitamin C. As you take it dissolved in oil it is able to be absorbed by the body which make it bio-available. Electron microscopy has shown that it is able to get inside cells and inside mitochondria, which is where energy for the body is generated. C60 is often referred to as a 'free radical sponge''. It can continue to donate electrons and also accept electrons, almost indefinitely, to neutralise free radicals."

I had my C-reactive protein remeasured within a couple of weeks of being on C60 and the results came back with a value close to zero. As part of submitting the sample I completed a questionnaire, in which I stated I was suffering from an auto-immune condition. In the doctor's report he said he couldn't see any sign of an auto-immune condition, the C-reactive protein level was normal. I was blown away by the change and how quickly it had taken place. Physically I felt more energised and clear-headed. I started to wake up less in the night.

Have you seen any other benefits?

Yes, my skin has improved since taking C60, its consistently clear now and definitely feels smoother and almost radiant. More of a youthful feel to it. I have a lot of hyperpigmentation, started from scarring and then from the sun. I think it may be helping with this a little.

I'm a fan of your painting, but don't you find the chemicals in the paint cause you problems?

Yes you're right. It was a concern of mine. I've tried to swap some of my most toxic art materials for less toxic ones. I'm hoping the C60 will buffer the effects of the ones that are left! I also run backwards and forwards to the studio through the traffic fumes, so it gives me peace of mind knowing that my body isn't so intoxicated now. Or at least it has helped to fight the effects. 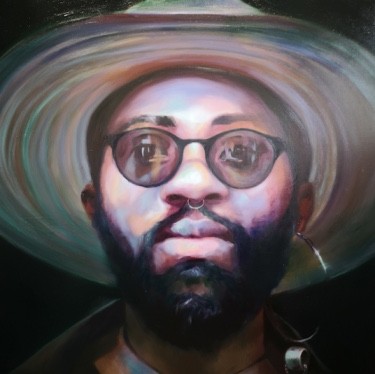 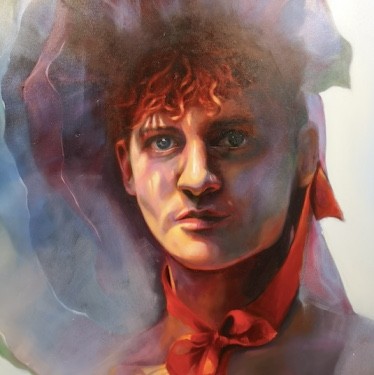 In all his Glory

What C60 oils have you tried?

Which of the oils have you tried?

Which of them do you prefer?

I really like the black seed. Black seed has been shown to help with the thyroid and any associated viruses. I do feel like I'm killing two birds with one stone. Not only am I reducing inflammation but possibly addressing the cause of the inflammation at the same time. 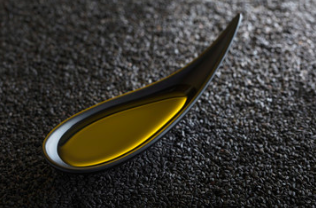 How do you get on with the taste of black seed oil?

It is really strong, what I do is have my water ready, I take a gulp of the oil, not breathing but wash it straight down with my water. It's easy that way, ha ha. I may even take a gulp of apple cider vinegar after too. I feel it helps digest anything fatty super well, as well as override any lingering taste.

Would you say you are a convert to C60 and are you going to continue taking it?

Yes definitely! I'm definitely going to carry on taking C60. I think I'll cycle myself on and off it, as it's good to have some acute stress, so our bodies adapt and become stronger. But it's a matter of managing the stress and making sure it doesn't become chronic.

Would you recommend others to try C60?

I do! I wish I had discovered it when I was an athlete. Sadly there are so many cases of over training and mystery illnesses and symptoms. I think C60 could help athletes manage their stress load, keeping them on the 'right side' of the line. I don't think it should be taken continueously, as we know the benefits of hormetic stress on the body. Yet, from experience many athletes are chronically stressed, so they can't reach their full potential and reap the benefits of the key sessions. I think for many, C60 could be carefully scheduled within a program with great success.

Hormetic stress is where the body is exposed to moderate and usually intermittent stress to produce an adaptive response so as to protect the body. The stress can be from many sources such as exercise and fasting.